Talking about running, timing is crucial. And it is even more when you have two jobs, pre-planned trips  and not much spare time not only to train before the race but even to the particpation itself.

The race was on August 21st. I arrived in Anchorage on June 13th. Since that time I went running on June 20th….July 27th…August 20th….and….unfortunately, there are no more dates to be added. So I must admit I was little bit afraid. Normally when I am at home, I go running at least four times a week and even with that I would be afraid to take part in any competitions considering how much more I used to train before.

So where did the good results come from?

But we were on „holiday“. In a different country where nobody knows us. And we still go to work by bike, which takes 30 minutes one way each day. So it doesn’t have to be necessarily that bad…And surprisingly it really wasn’t. I ran a very good time and Bara even scored her personal best! And what’s more, I was the first and Bara the second in our age categories!

I was comparing the race to some similar events from the Czech Republic. And if I consider the number of people racing in the Anchorage race, which was more than two times higher than in the Czech one, the background here wasn’t that good. The place where you put your belongings wasn’t any bordered. They just put you bag around one big table so later actually anybody could come and pick it up. There were no change-room, no place where you could chage your clothes. No supporting programme. During Czech races there were usually some concerts, performances or a lottery. Here nothing happened at all. On the other hand what I really liked was the refreshement in the finish. There was plenty of frutis – banana, apple, orange, water melon…some crackers, chocolates, chips and a cheese sandwich or everybody. The results were immediately, that was super fast. On the other hand there was nothing like a victory ceremony, they just gave you one other medal for being one of the best ones in your category. The track was nicely marked – both in miles and kilometers. And the price? Here many times higher. 45 dollars for five kilometers (even though with a medal and a T-shirt) is a lot! 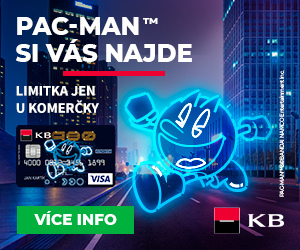 Although it was officially a running race there were sooo many people just walking. If I needed to walk I would almost consider ending in the race. I understand that it is slightly exaggerated, you don’t have to win, and I appreciate anybody who is willing to take part. But if you are walking even already across the start line, that is something I don’t understand. It appeals to me even like provoking or boycotting. And the limit to finish this 5K track? 5, 5 hours… Hopefully everybody got safely to the end untill that time! 😛

So competing wasn’t a bad idea at all in the very end! We reached at nice times, received beautiful medals and sports T-shirts… There are three phrases which can nicely desribe this event – We came, we got wet and we won. All three at once. So Anchorage! Better train the opponents for the next time!